Since I uploaded the pics from one of the shoots I did makeup for, I've had a couple of requests to share how I did this 1950's look. So here goes!

(I know it would be a lot easier doing a video or something, but I'm still building up the confidence. Plus I really hate the sound of my own voice lol) 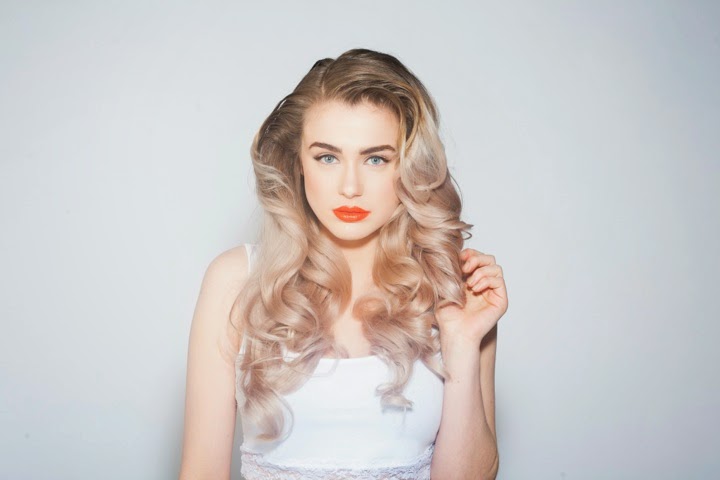 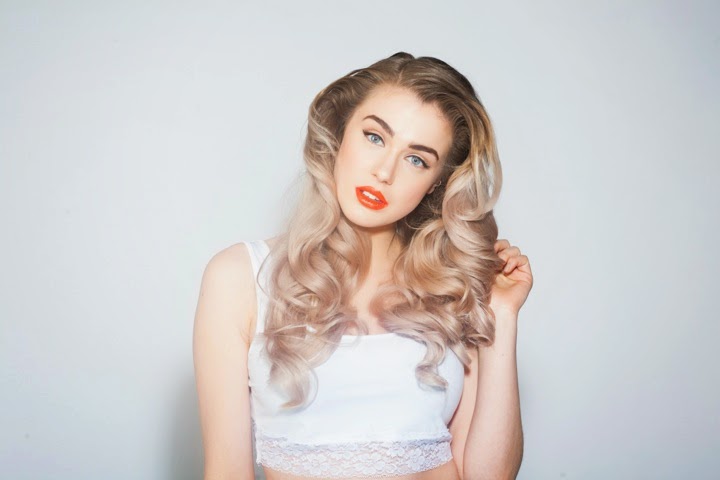 This look was completed almost exclusively with MAC products, but a similar look can be achieved with products from other brands :) 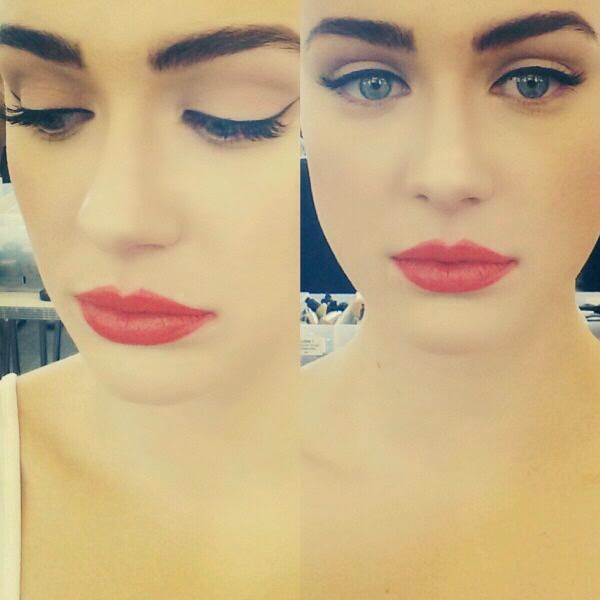 I moisturised the face with MAC Studio Moisture Cream.

I then applied Studio Fix Fluid foundation in NC15 with a foundation brush and then buffed it in with a 187 brush.

I used Select Moisture Cover concealer underneath the eyes, over any redness on the face and a tiny bit on the eyelids to act as a primer. Then blend, blend, blend!

I then set this all with Mineralize Skin Finish Natural in 'Light'.

For the eyes I used a Pro Longwear Paint Pot in 'Painterly' over the eyelid. These are literally my favourite things in the entire world! They go on the lid as a cream but it dries to a powdery finish and literally does not move once it's on. It's really really good to use as a colour on its own or even as a primer for your eyeshadow.

I then used a MAC eyeshadow in 'Cork' for the crease. Once I blended the two shades together with a 217 brush, I applied Mac Fluidline gel liner in 'Blacktrack', making sure the flick pointed up at almost a 45 degree angle.

I used Ardell individual lashes rather than strip lashes because they give a much more natural look :)

For the eyebrows I used MAC eyebrow pencil in Spiked.

For contouring the cheekbones I used Mineralize Skin Finish Natural in 'Medium Dark'.

For blush I used a MAC Powder Blush in 'Gingerly'.

For highlight I used the 'Vanilla' Pigment on the top the cheekbones and the bridge of the nose.

I used a Pro Longwear Lip Pencil in 'What A Blast!' to line and fill the lips and then went over this with 'Morange' lipstick. Don't be afraid to overdraw the lip line in order to create fuller lips or a more exaggerated cupids bow :)

Hope this was enough information? Let me know if you want to know anything else :)

It's the Easter holidays and I'm at home bored out of my mind so I thought I'd write a quick post about my top makeup tips and things I've learnt along the way while doing my makeup course. So here goes!

Don't be afraid to mix foundations!

Since there doesn't seem to be a single foundation on this earth that matches my skin colour completely, I've taken to mixing foundations to get it exactly right. Also don't be scared to mix them to get the exact consistency you want for your skin type. For example, I mix MAC Face & Body in C6 (which is a touch too light) and MAC Matchmaster in 7.5 (which is too dark). This gives me the perfect shade. I also get the best of both worlds with these two foundations. Because I have combination skin, it's great to get the sheerness and glow from Face & Body and the coverage and matte texture of Matchmaster all in one :) 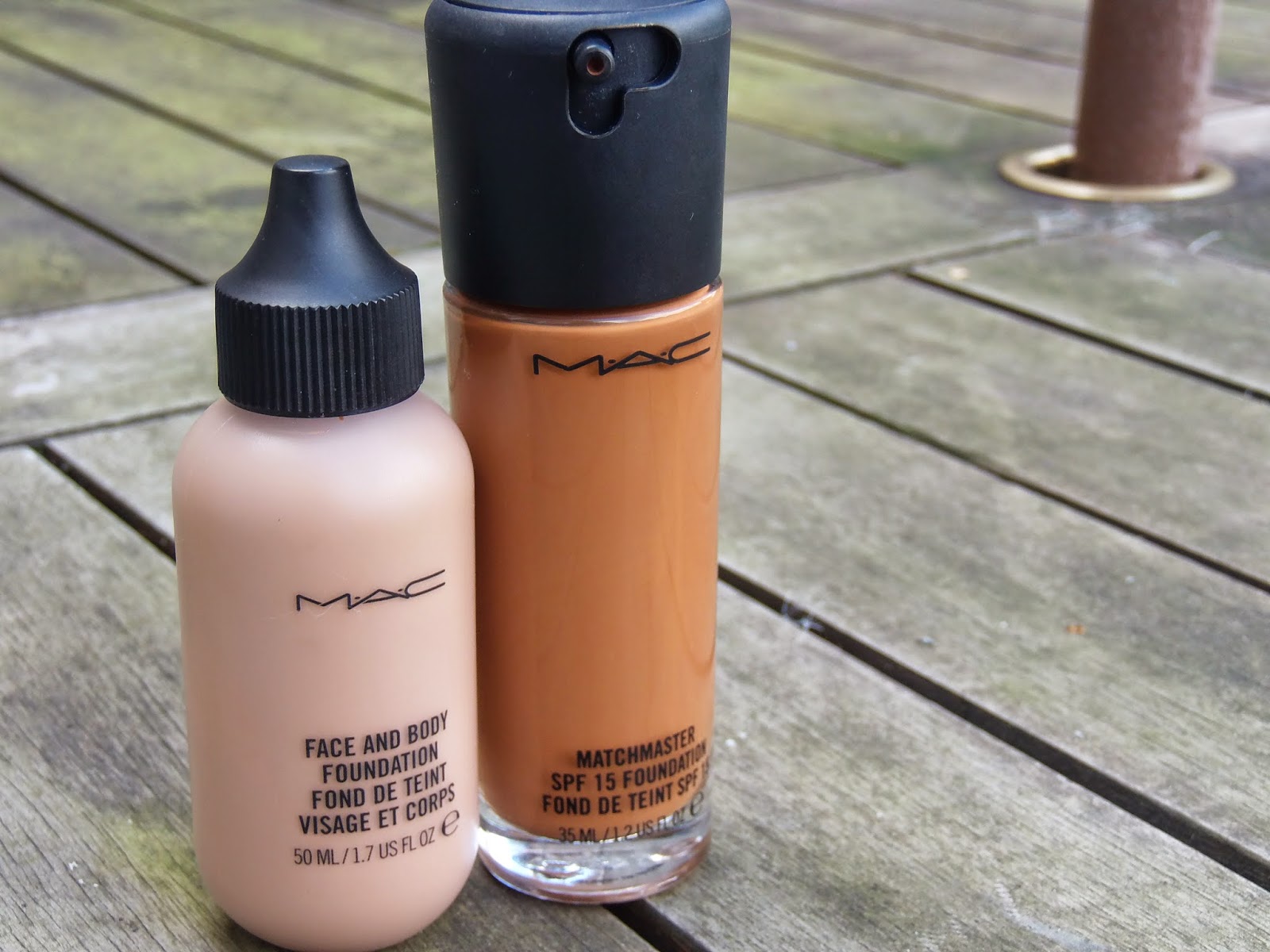 If you're into eyeshadow then I would definitely say that the MAC 217 blending brush is a necessity. Whether you've applied one shade or five, this brush is great for blending your shadows to give a really natural finish. Since I began using it, I don't think I could use anything else. It's also great for blending out other products on your face, such as blushes and highlights :) Although it retails at £18, I'll definitely be picking up a couple more for my kit. 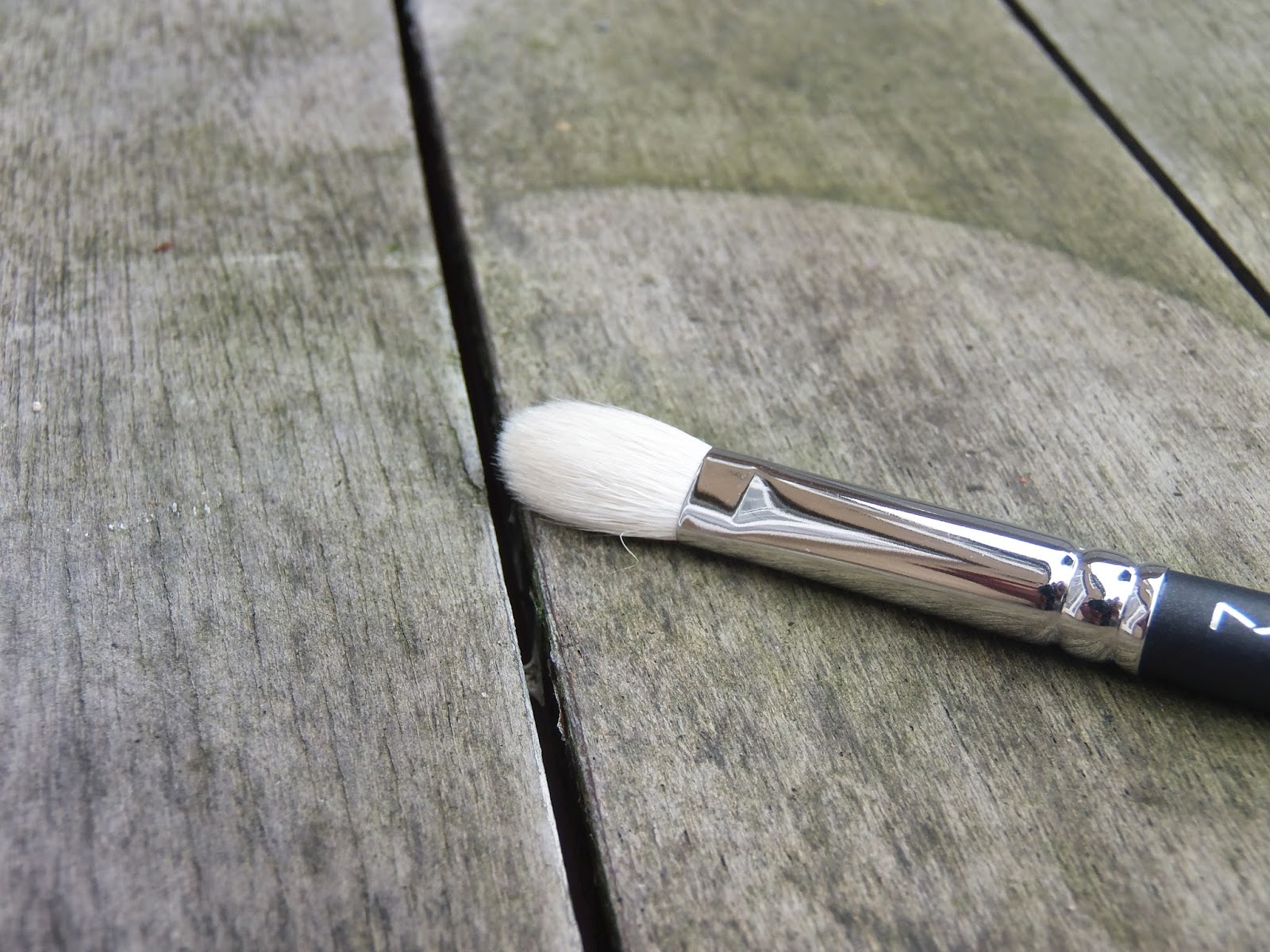 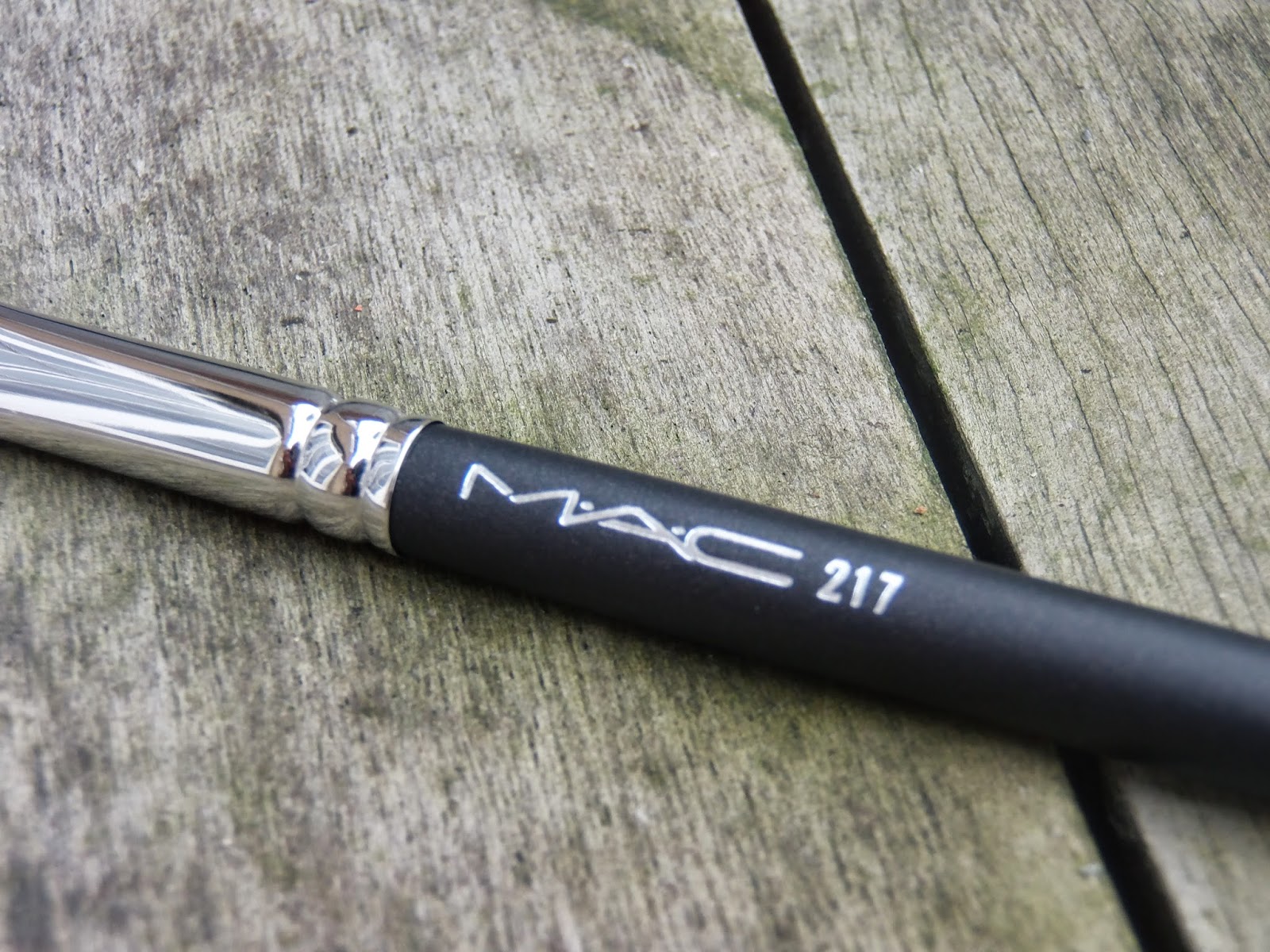 Hands up if like me you thought that eyelash curlers were extremely overrated and just another way for the beauty industry to get more money out of us? Well I was wrong and it turns out that I had just been using pretty rubbish ones. The Shu Uemura ones are the way forward! They really do lift your lashes and create a more open eye. I bought this for my kit but just ended up using them myself because I fell in love with them lol. They cost £20 and I bought them from Selfridges. 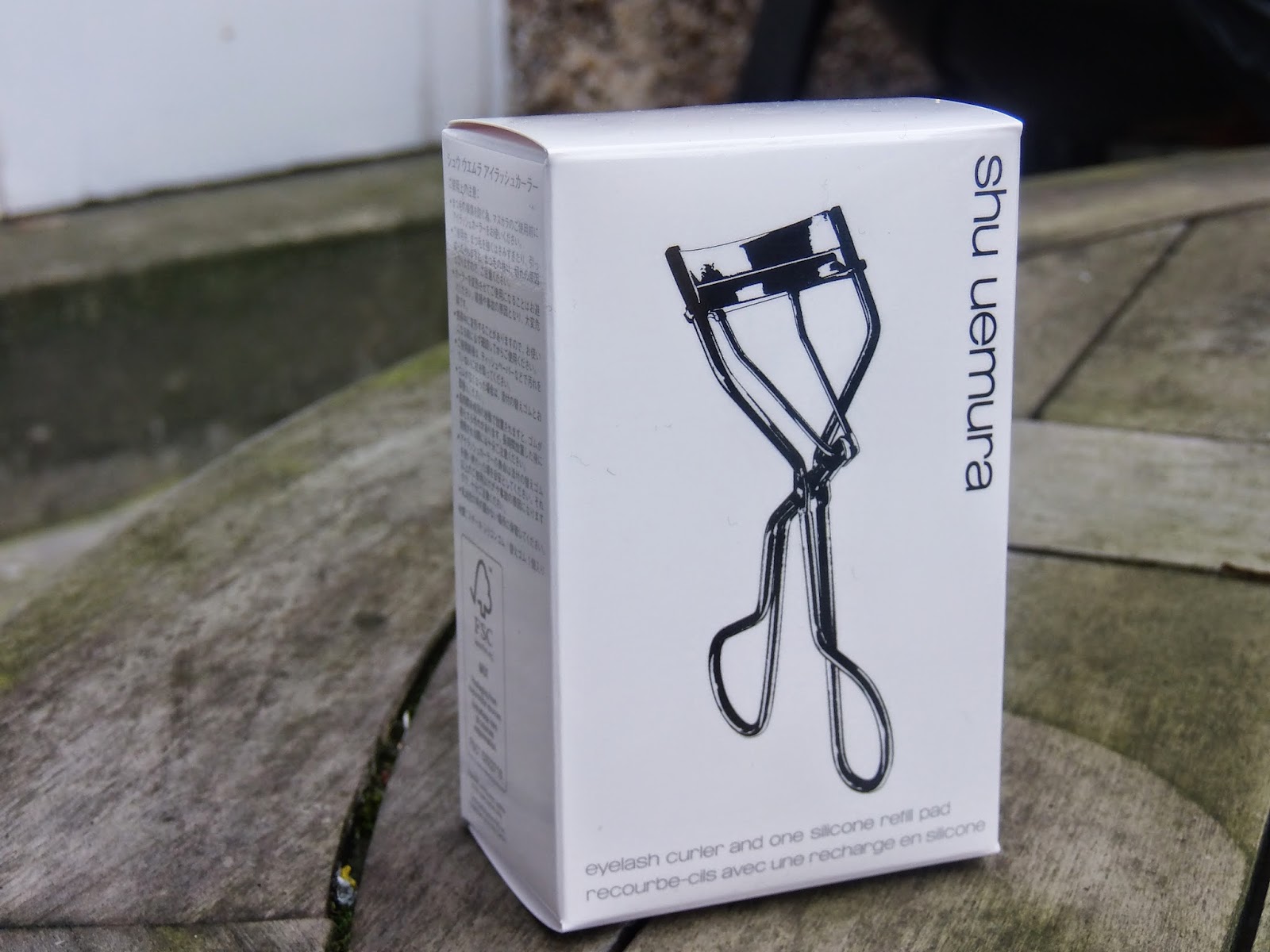 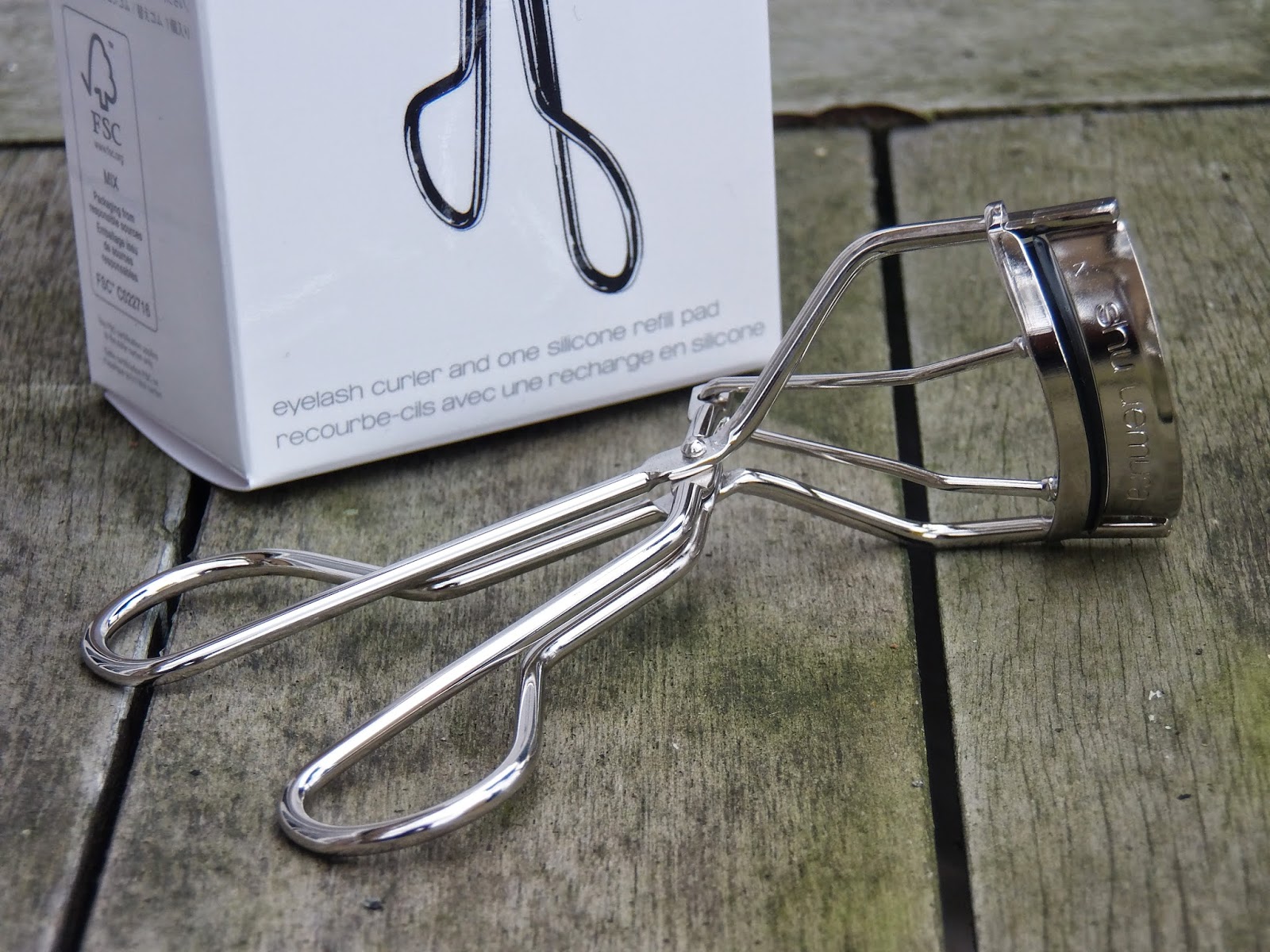 And some other quick tips:

- Moisturise your lips before you start applying your makeup to avoid chapped lips (especially when you're applying matte lipsticks like Ruby Woo). My favourite is Blistex Lip Medex.

- MAC Full Coverage foundation (you can get it from the Pro stores) can double as a concealer.

- Try using individual lashes at the corners of your eye instead of a full strip. It creates a much more natural look.

- The MUA eye primer is pretty amazing and you'll save yourself A LOT of money! lol

Hope you enjoyed this post. Feel free to leave any comments below :)
Posted by Unknown at 15:38 No comments:

So today I got really bored (the only thing on my agenda was a trip to Sainsbury's. Oh the joy) and I decided to try out a quick makeup look using two products I haven't used before. The first I haven't used because it's brand new and it's Charlotte Tilbury's Colour Chameleon eyeshadow pencil in 'Amber Haze'. The second was 'Cyber' lipstick by MAC and I had never used that because honestly I've been quite scared to! Lol

I'll start off by saying that I am completely IN LOVE with the Charlotte Tilbury eyeshadow pencil and I'll tell you why below the pics :) 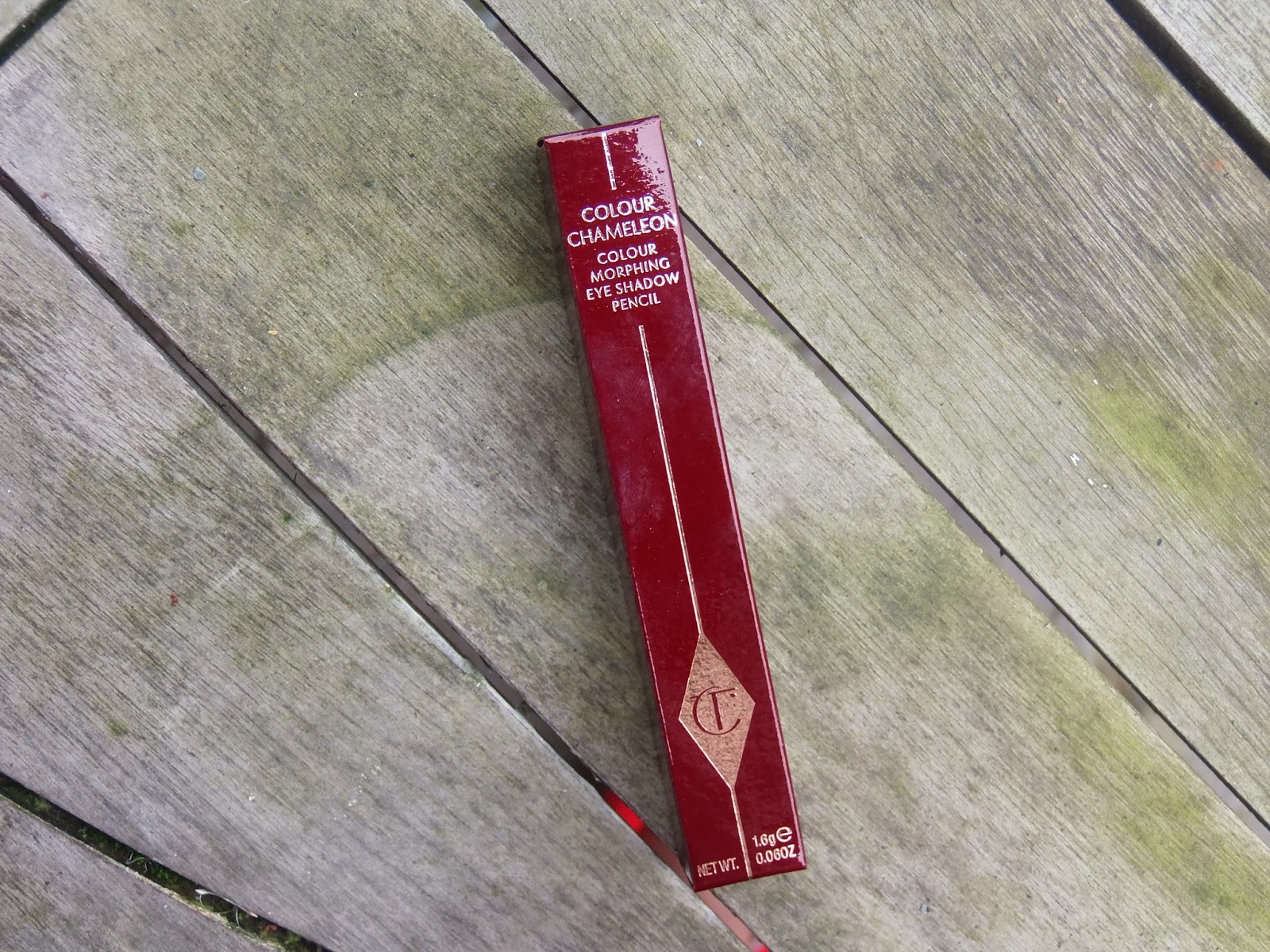 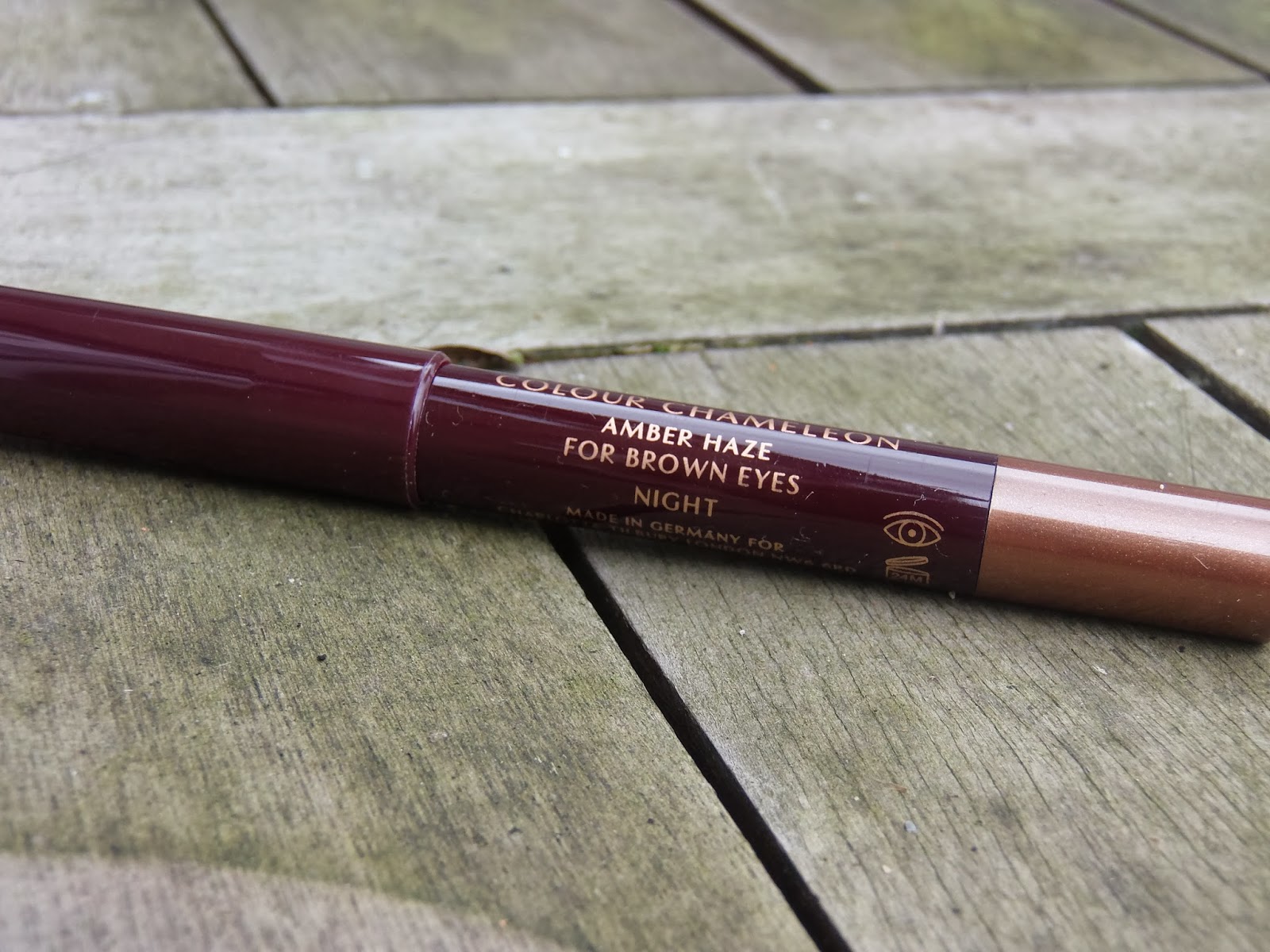 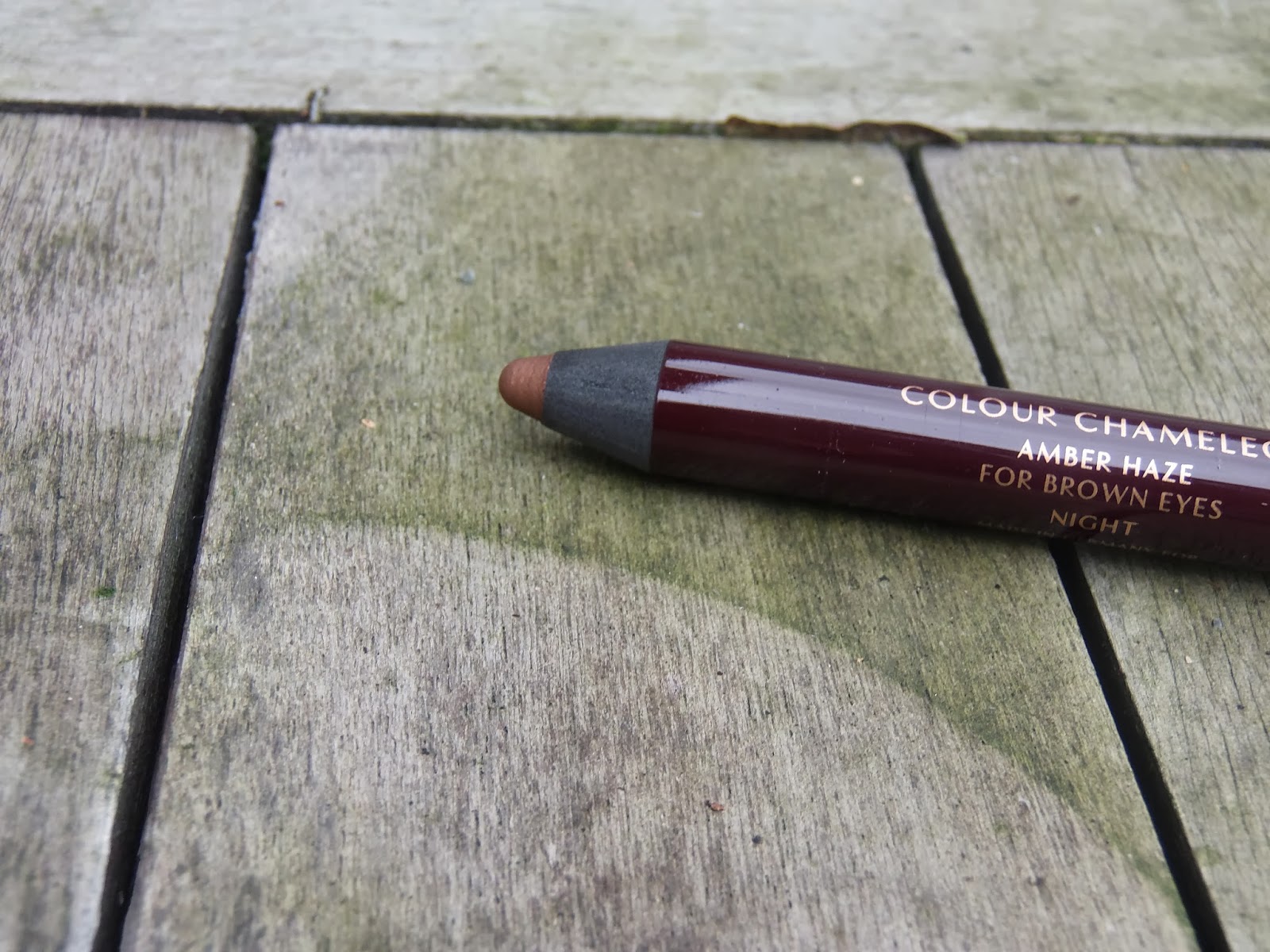 On the website this product is described as being as something which intensifies your natural eye colour and there are two shades (a day and night) for each eye colour. My eyes are dark brown and therefore I don't think it's really possible to intensify them? But I do love every other component of this product.

It is extremely easy to apply. In fact so easy that I almost thought the colour wasn't transferring onto my eyelids! I expected it to drag but it literally glided across my eyelids so gently and smoothly. In addition it is such a lovely colour and it sparkles rather than shimmers. The Colour Chameleon also stays on all day without budging, and while this is amazing I would recommend applying and blending each eye one at a time because it will set before you get a chance to lol. It retails at £19 and while I may have thought this a little bit extravagant before, I am now a convert and will most definitely be purchasing 'Dark Pearl' which is the other recommended shade for brown eyes. 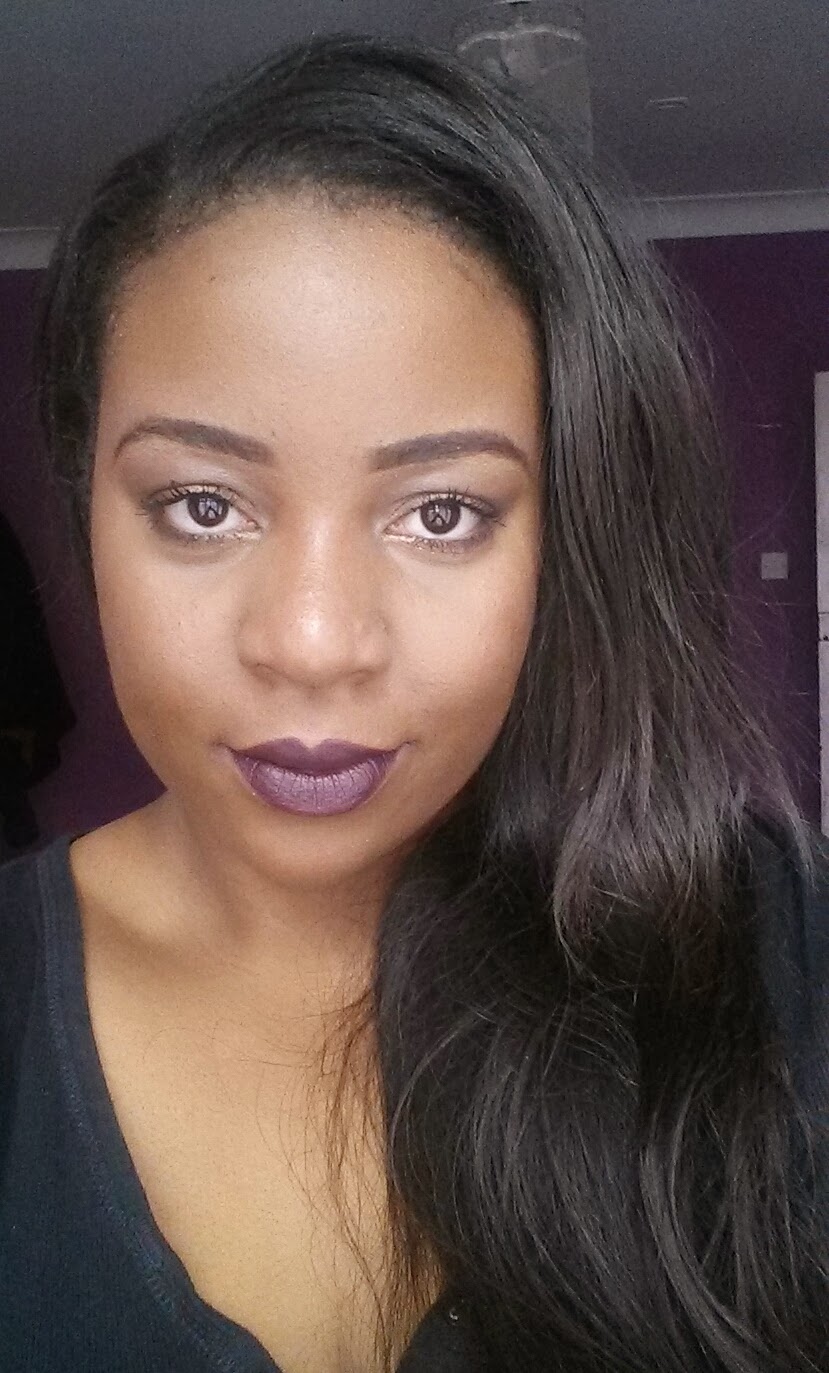 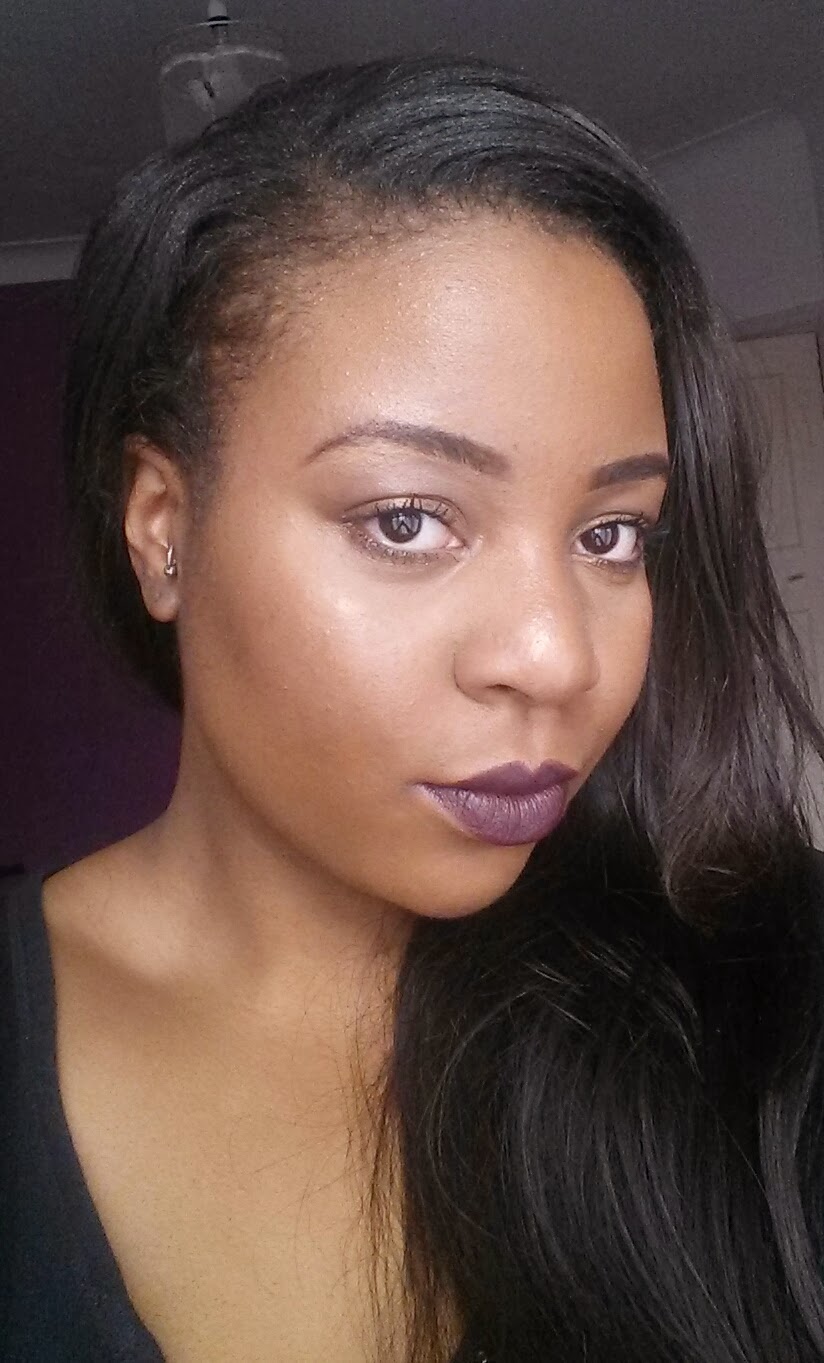 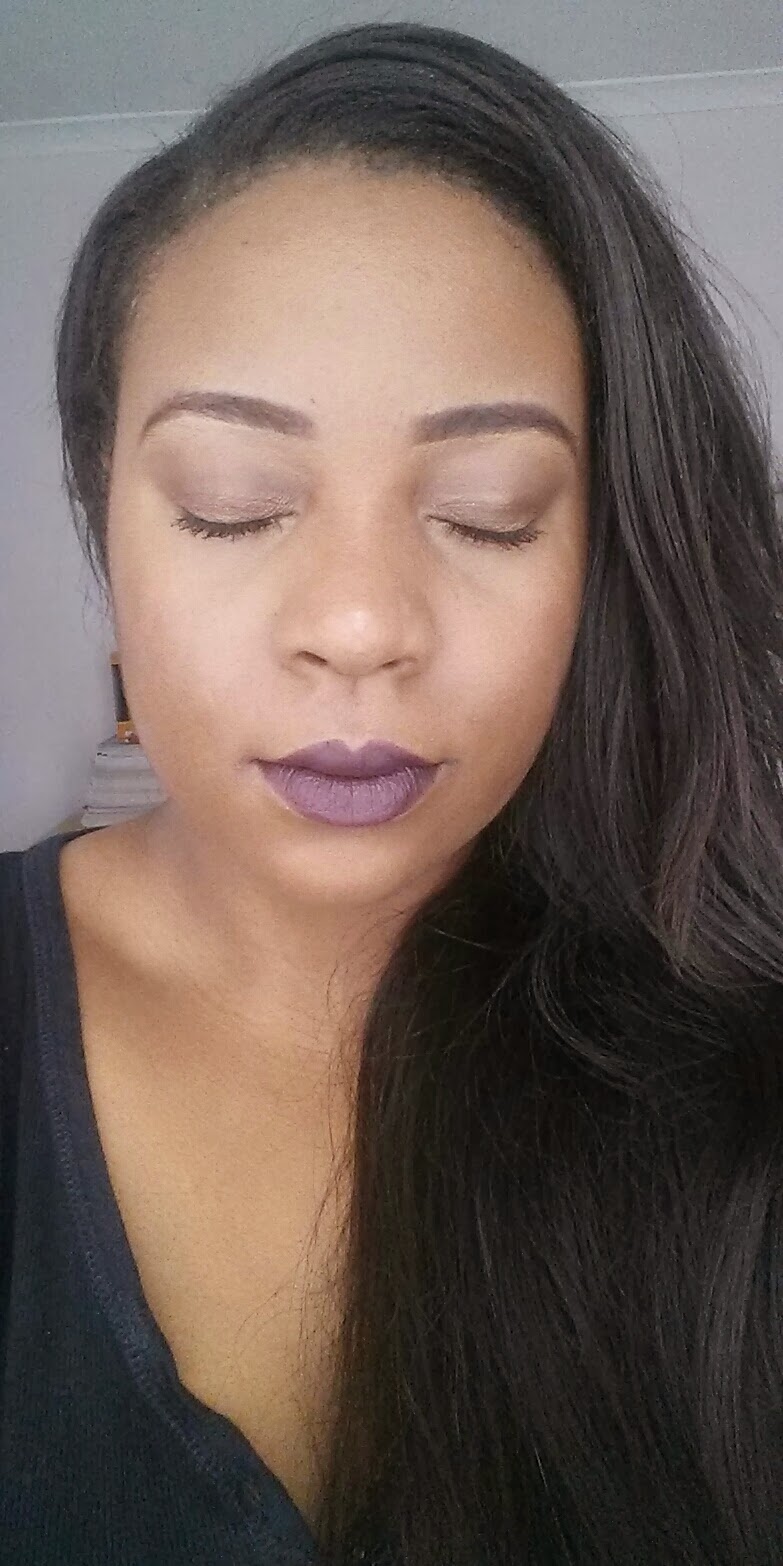 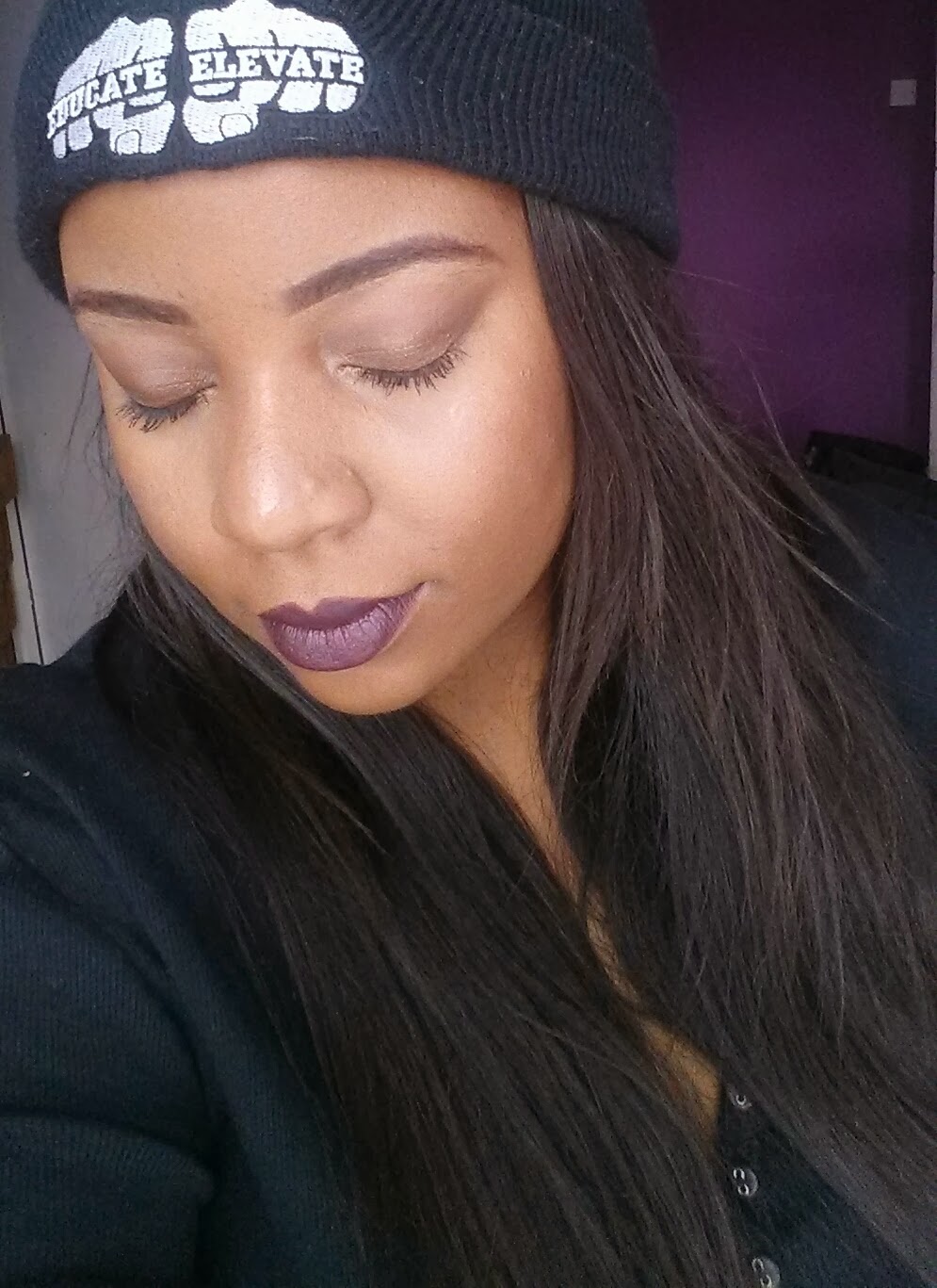 Just realised that this turned into quite a long post lol. Hope you enjoyed!

It's been more than a month since I last posted but I have a good reason, I promise! So since January as well as working full time as teaching assistant I've also been attending the London College of Fashion training to be makeup artist, so I've found it quite difficult to find the time to post :(. But since it is half term this week I have some time. And because the name of the blog is Lipstick For Dessert, what better way to start than with a lipstick review!

So last week, I finally spent the MAC vouchers I received for Christmas. One of the things I picked up was a lipstick called 'Flat Out Fabulous'. And trust me when I say that I have not been this excited in a very long time! I'm obsessed with bright and bold lipsticks and my go to hot pink lipstick has been 'Girl About Town' for quite a while. However, what had been bothering me about that lipstick was the finish. I love matte lipsticks but 'Girl About Town' had an amplified finish meaning that there was a sheen to it and it definitely did not stay on all day. So imagine my joy when I spotted 'Flat Out Fabulous'...a matte hot pink! 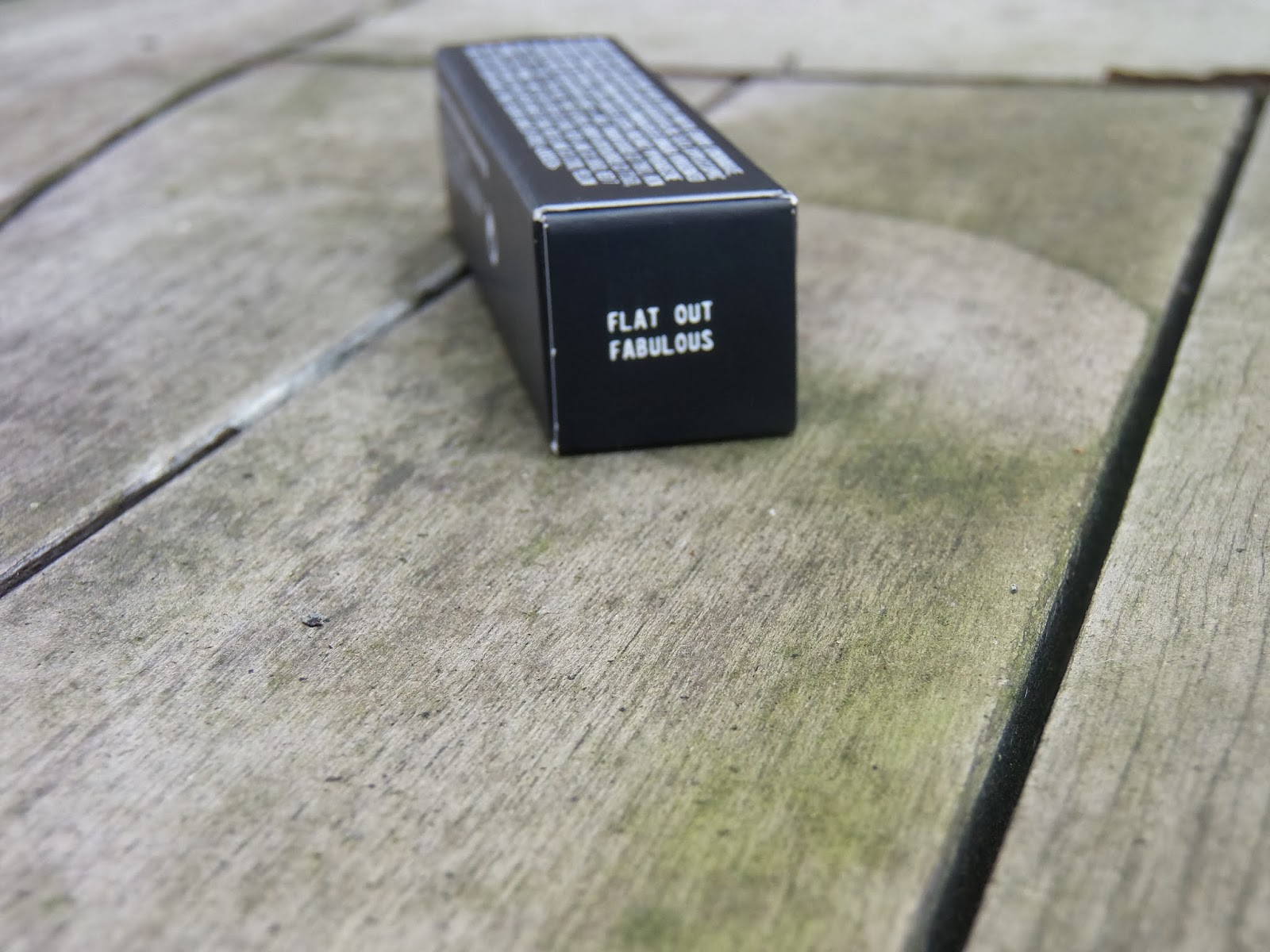 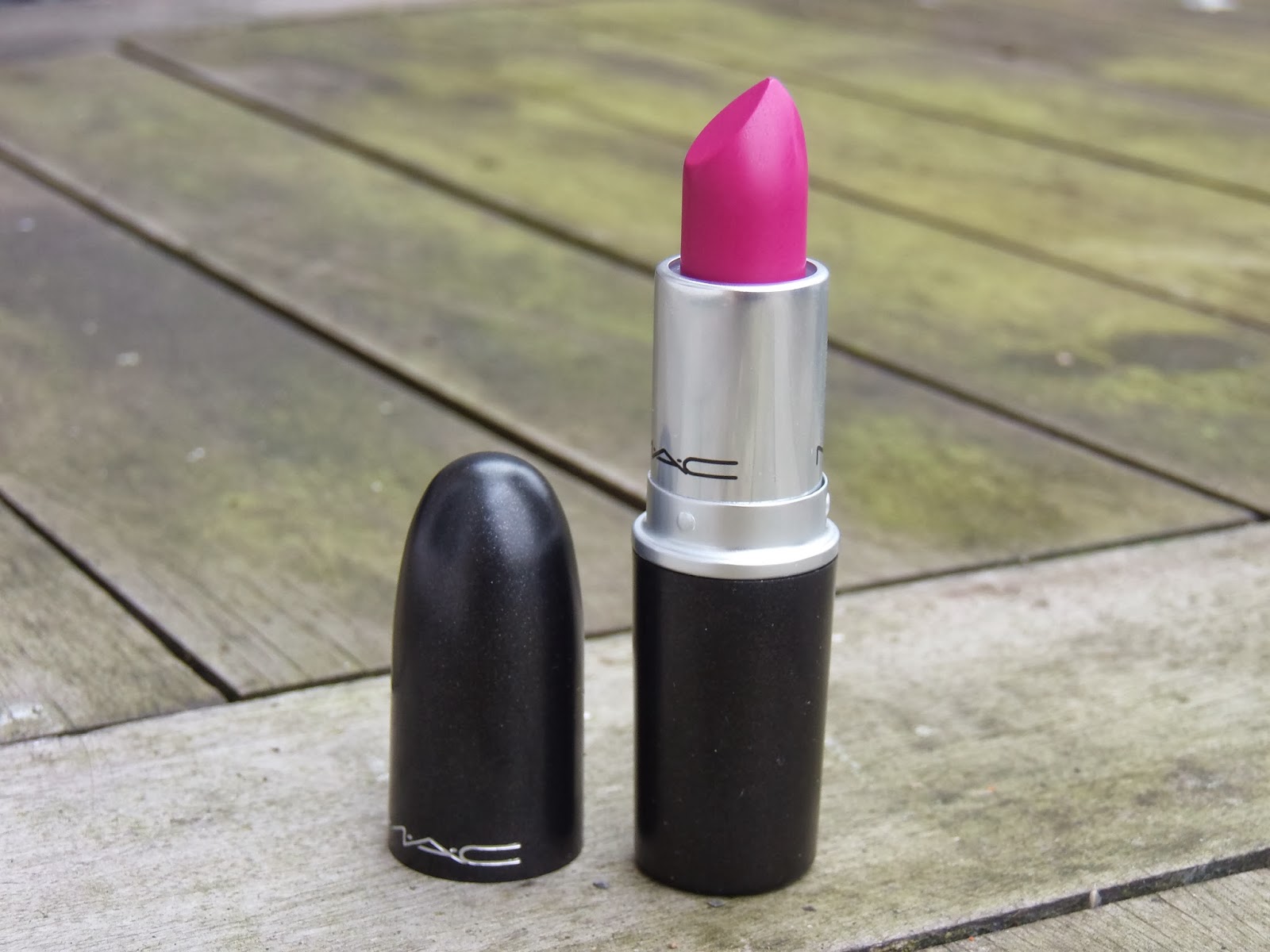 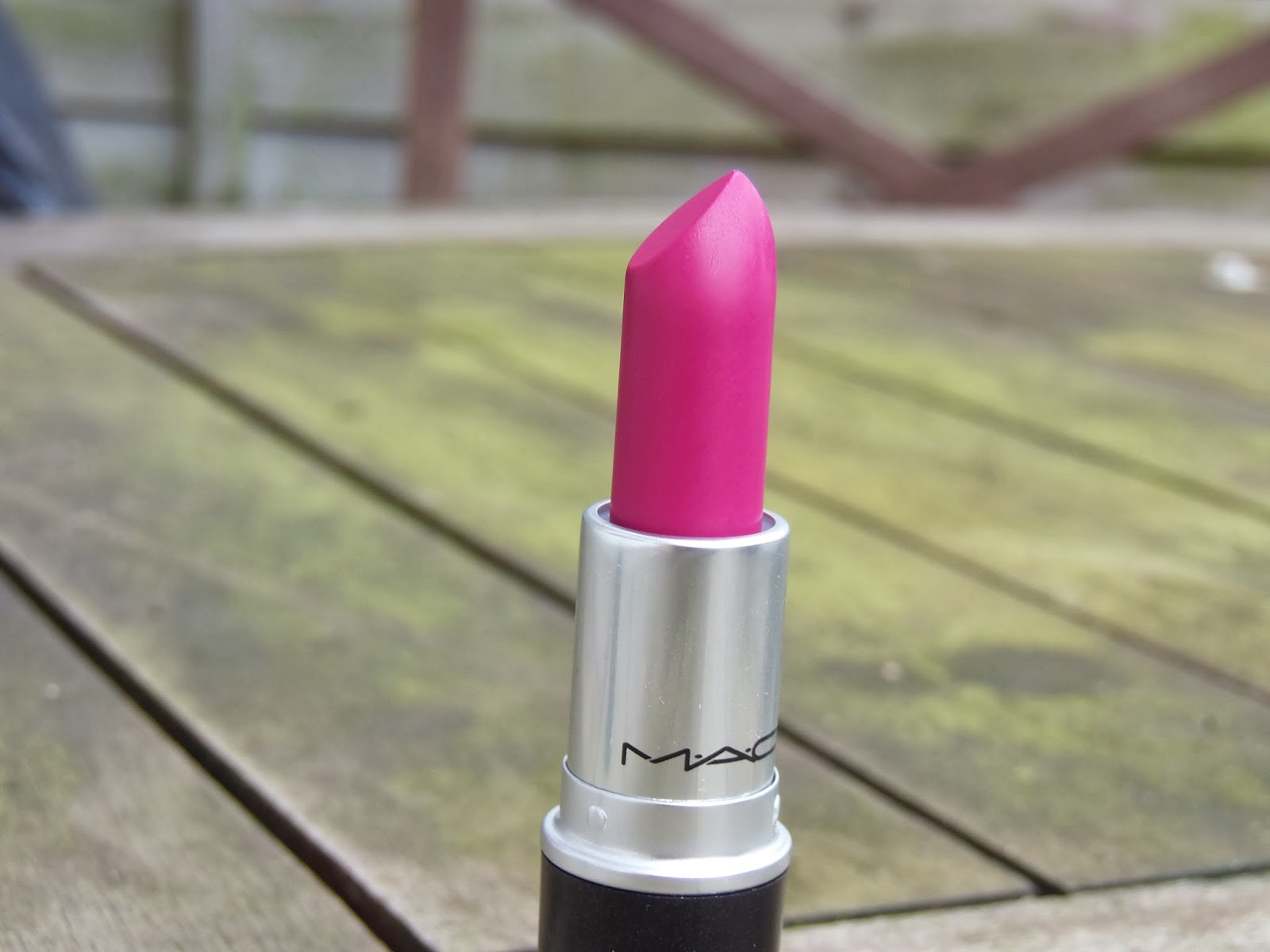 It is described as a 'bright plum' and I really love the colour of this lipstick as it's bright, but not bright to the point of looking neon as some others can lol. I also love that it's matte and not retro matte which means it is not too drying on the lips. However, I would still make sure to condition my lips before I start my make up just to make sure. I used MACs 'Spice' lipliner underneath but it does seem to mute out the lipstick a little bit so I would suggest just using it around the lip line and not to fill in the entire lip. It really works well with bronzy-neutral makeup and I'm really excited to see what other looks I can create with this! It retails for £15 and if you love to stand out then I would most definitely give it a try! 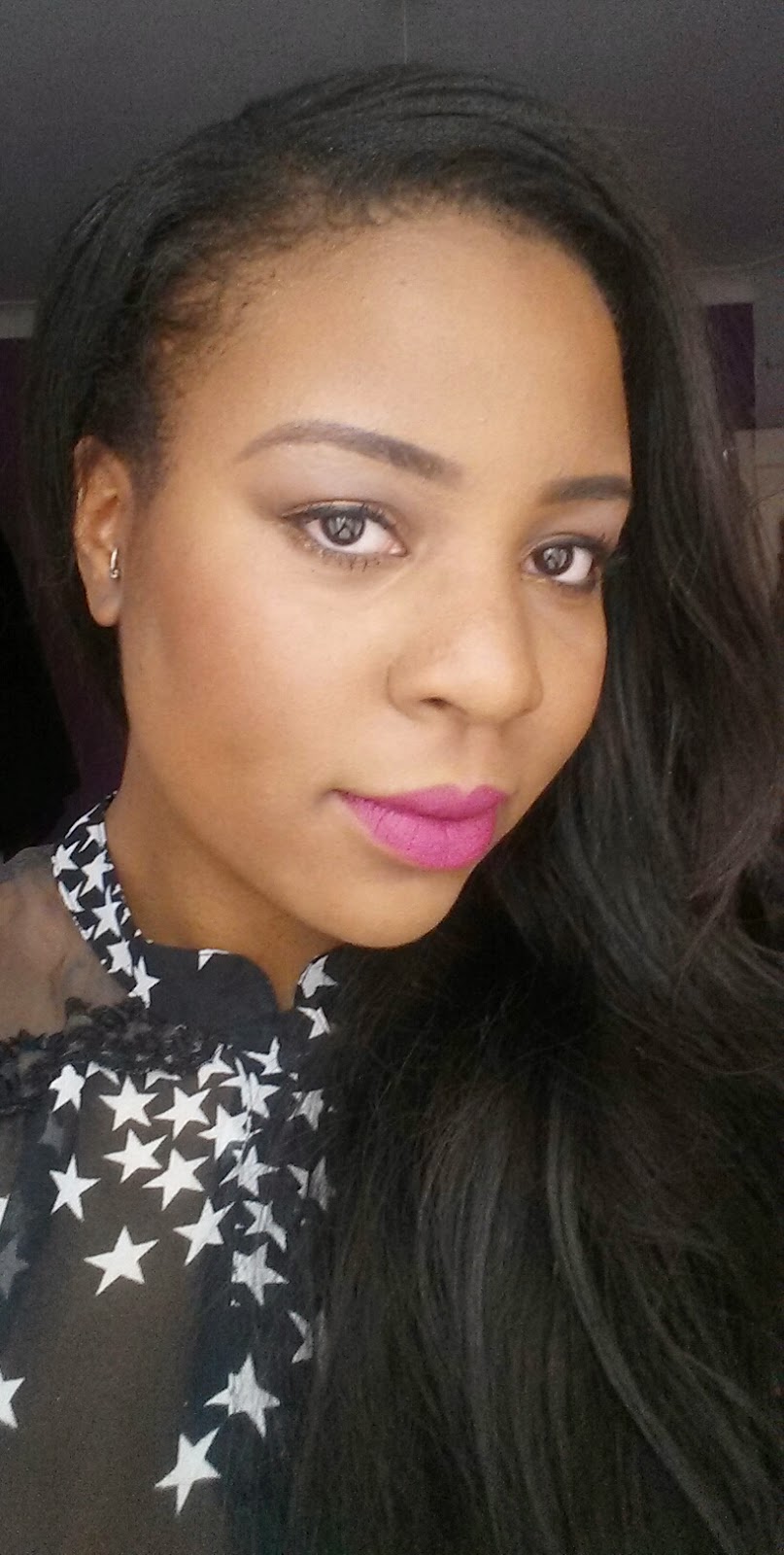 Hope you like it as much as I do!

The Last Day Of The Holidays OOTD

It's the last day of the holidays for me ( I go back to work on Monday) so I thought I'd do a post to kind of cheer me up a little bit lol.

I managed to get a few pics in before the torrential rain started thanks to my Mum. As soon as I felt the first few droplets of rain I realised that I had completely chosen the wrong things to wear. I mean who else would wear a coat with no hood, a thin white top (prone to going see-through when wet) and ripped jeans lol. So I did change swiftly as soon as I was done with these pics.

See below the pics for info :) 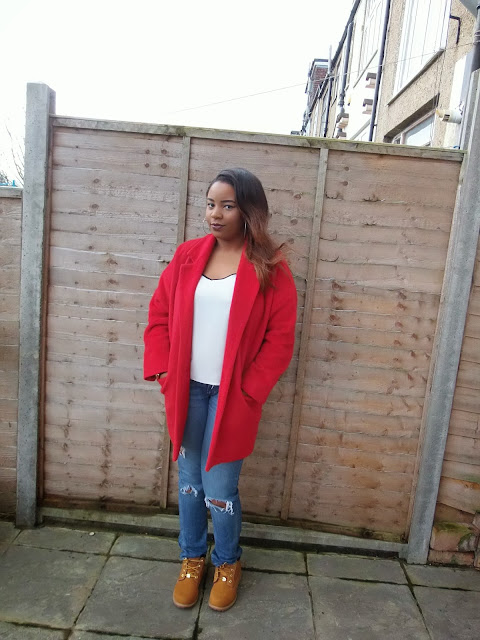 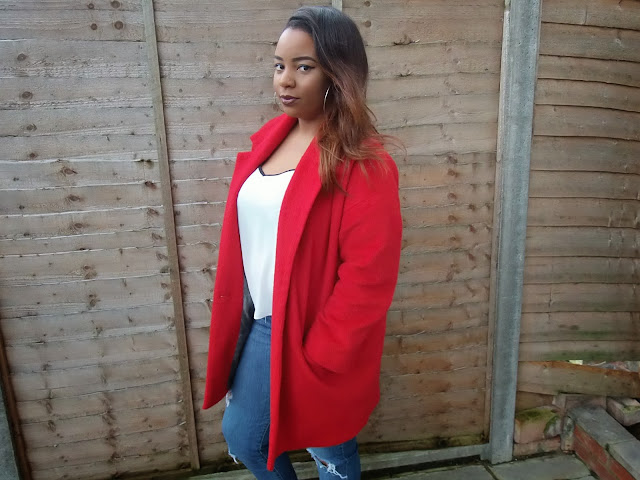 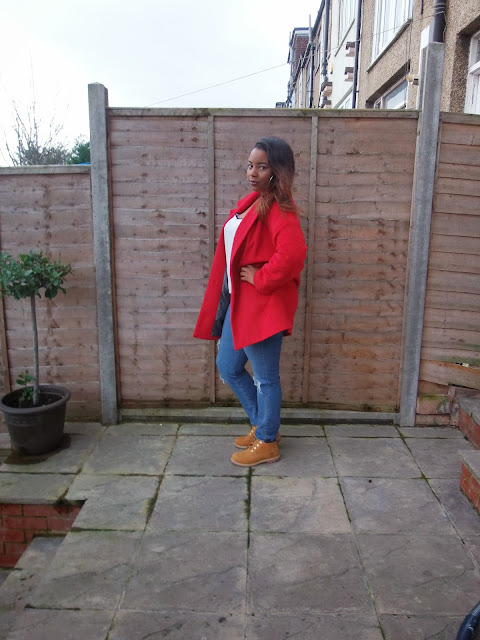 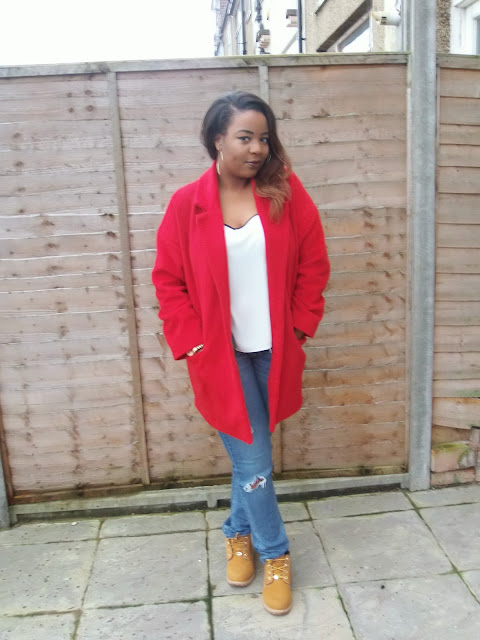 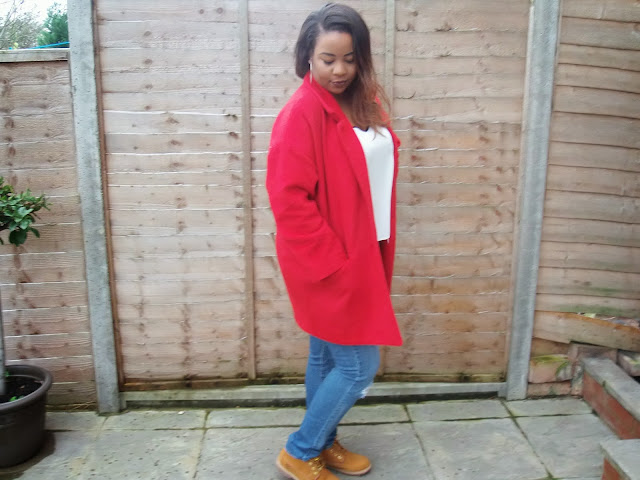 - Red oversized cocoon coat from River Island - £75 (now £40)
It really pisses me off  annoys me when I buy something full price and then it goes into the sale. But I guess I can't be that annoyed since I bought this around 3 months ago and have worn it quite a bit. Although it looks really thin, it's actually really warm and I don't have to wear too much underneath.

- White cami with black trim from Primark - £5???
I can't remember how much this was since I bought it all the way back in July for my holiday but I didn't end up wearing it. I like this since its a good quality basic top that I can throw into any outfit. The downside is that it's kinda see-through if you stare too hard lol.

- Ripped mid-wash jeans from American Eagle.
I got these jeans all the way back in 2007 while I was in holiday in Orlando and it's been a staple of my wardrobe ever since. When I first bought them the rips were actually quite small but I wanted it to be a bit more dramatic so I ripped them even more (there's a large one on my thigh that you can't see lol). Even those these can't be purchased here, you can take any pair and distress them yourselves, using anything from your fingers, to scissors and sandpaper.

- Timberland Nellie Chukka Double Waterproof Boot Wheat Nuback - £110
My new favourite thing so expect these to be in quite a few posts in the future! Lol 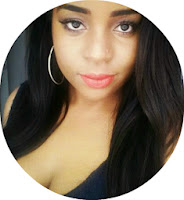 All views and opinions featured on this blog are my own. Any products gifted to me will be marked with an asterix (*).